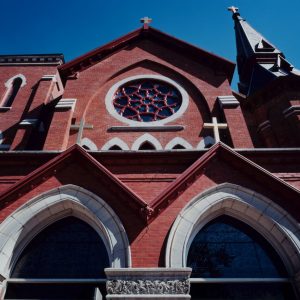 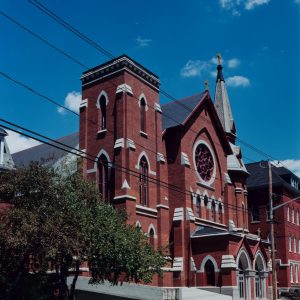 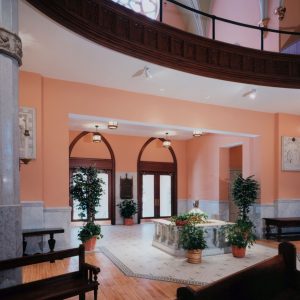 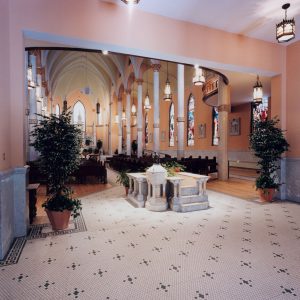 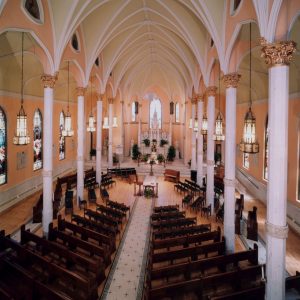 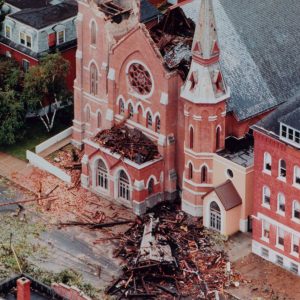 When 110-mile-per-hour winds blew the steeple of St. Lucy’s Church into the street, the five-foot-diameter bronze bell fell through the roof and into the basement, completely destroying the narthex and balcony above. Holmes▪King▪Kallquist & Associates was on the job the day of the storm, supervising stabilization efforts to assure that remaining portions of the building stayed standing, and making certain that historically significant millwork, marble, and windows were saved. The crushed steeple was carefully documented and examples of millwork, stone, and slate were salvaged to allow exact replication. With the aid of careful field research and historic photos, the church has been restored. The tower has been reconstructed. The roof trusses, deck, and slate roof were rebuilt; the front wall reconstructed using the original brick; trim work replaced; and the intricate plaster vaults reconstructed.