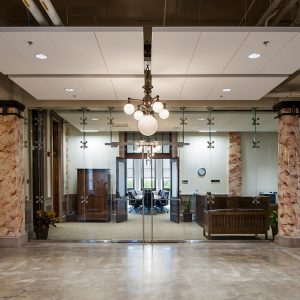 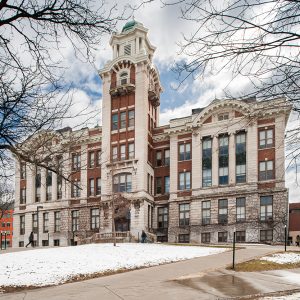 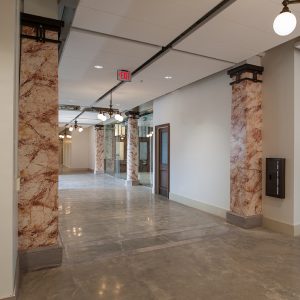 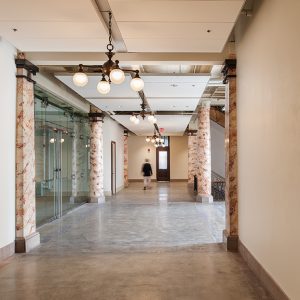 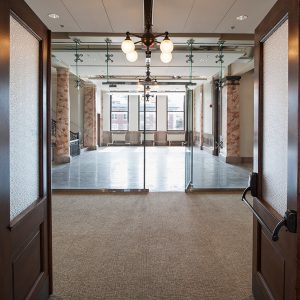 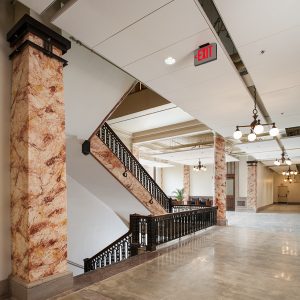 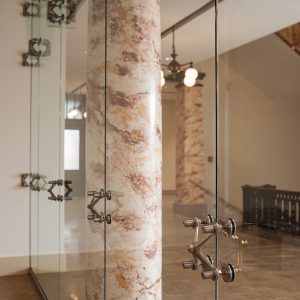 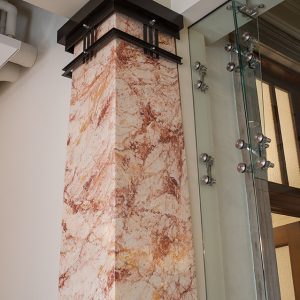 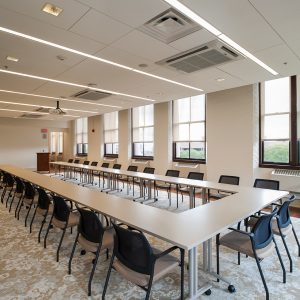 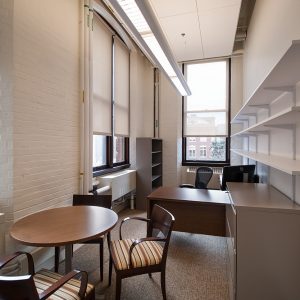 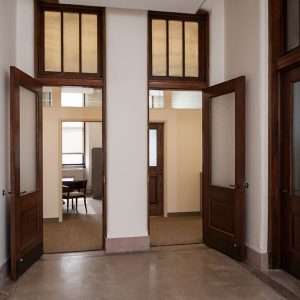 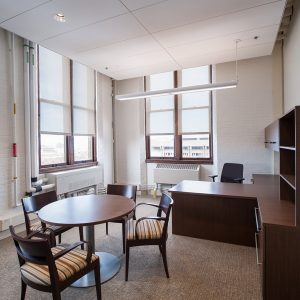 The renovation of Lyman Hall sought to return one of Syracuse University’s most abused buildings to its original aesthetically cohesive design while adapting it to new uses. The 1907 Beaux-Arts style building, by Revels and Hallenbeck, had been disfigured by clumsy structural modifications, miles of exposed laboratory piping, and low lay-in tile ceilings. The Aging Studies Institute was the first of three Holmes▪King▪Kallquist & Associates’ projects to be completed. The historic lobby, including its original marble and concrete floors, scagliola columns and stair, and bronze lighting were restored. A new reception area was inserted into the lobby behind a virtually invisible glass entry. A former lecture hall was renovated into a multipurpose meeting room. Classrooms became faculty offices. Ceilings were returned to original height, with the clutter of previous alternations eliminated or concealed. The project was completed on time and under budget.