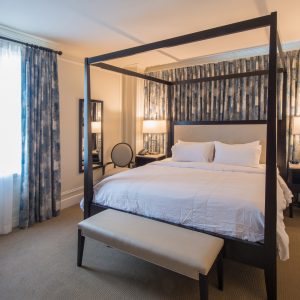 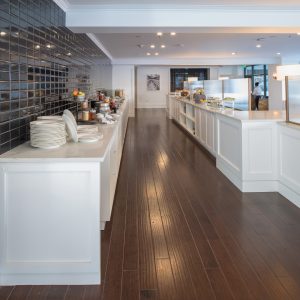 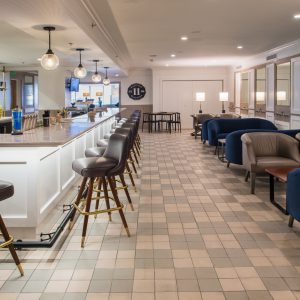 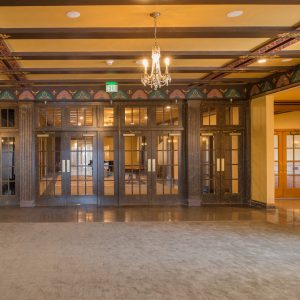 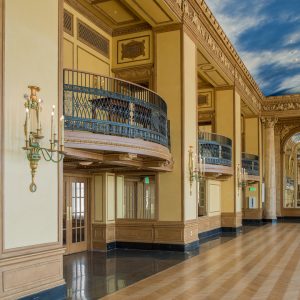 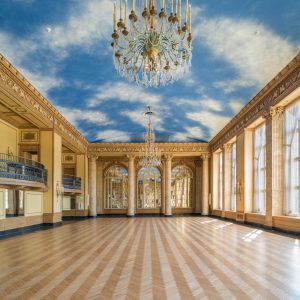 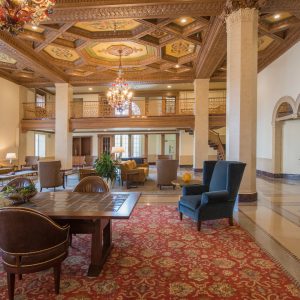 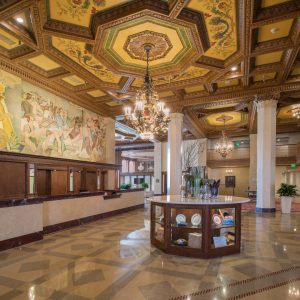 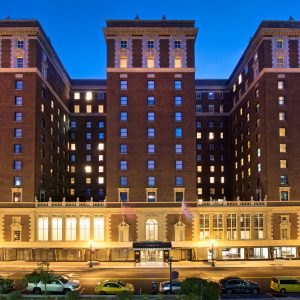 Holmes▪King▪Kallquist, teaming with MLG Architects, designed the restoration of the twelve-story 1924 George B. Post-designed Hotel Syracuse. The Renaissance Revival structure’s brick- and terra-cotta- trimmed exterior was restored, including extensive reconstruction of the parapets. Windows were restored or replaced, and storefronts were returned to their historic appearance. Inside, the main lobby, the Persian Terrace, and the Grand Ballroom were restored to their original appearance. On the upper floors, 261 new 4-star hotel rooms were created by combining two original rooms into each junior suite. The original corridors were restored to their historic appearance, including the original coffin-lid valet doors made by Marcellus Casket Company. A 1980 addition was renovated to provide meeting rooms and a second ballroom, and ground-floor restaurants were created. Holmes▪King▪Kallquist also prepared the Historic Preservation Tax Credit Certification.