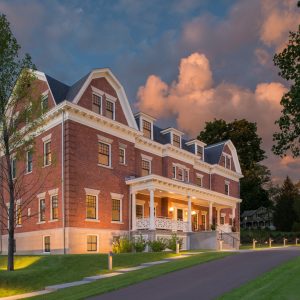 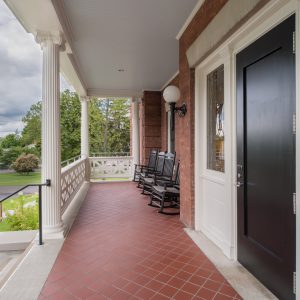 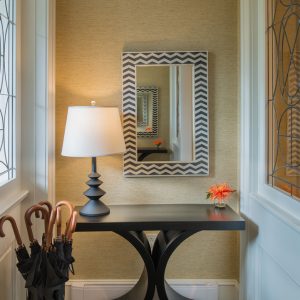 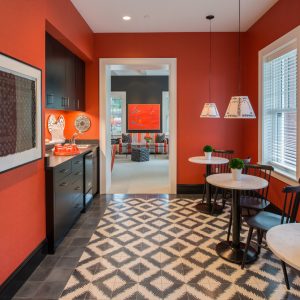 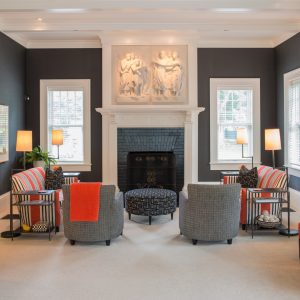 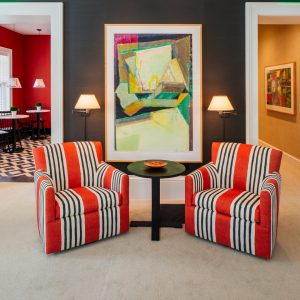 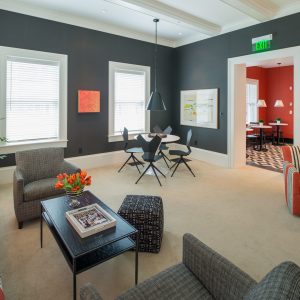 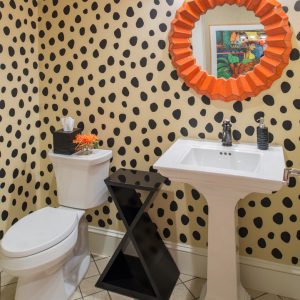 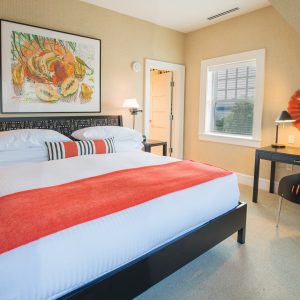 Wallcourt Hall was originally built in 1909 as a dormitory for the Wallcourt School for Girls. Exterior work included masonry restoration, and a new roof. The existing internal gutter system and downspouts were restored. In the process, much of the deteriorated cornice was replaced to match the original. Windows were also replicated, and the leaded glass front entry was restored. Both the large south entry porch and the smaller north porch were replicated. In the process, the south porch was raised 7″ to provide an accessible entry, and a lift was inserted within the porch. Inside, seventeen guest rooms and baths were carefully fit between the bearing walls. A new elevator was added in the original stair location. Two new stairs were inserted, also between the existing masonry walls. At the main floor, a check-in desk was added to the entry hall. New openings create a breakfast room and lead to the original dining room, now restored as the parlor. The original fireplace and cast plaster reliefs were restored.