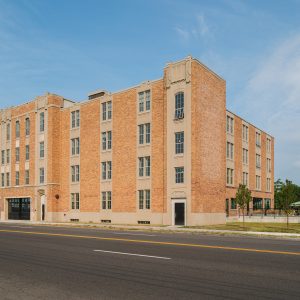 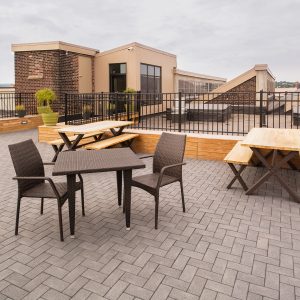 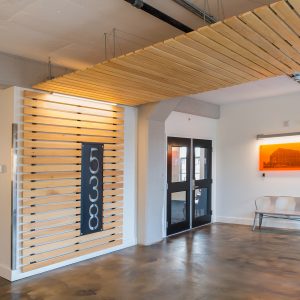 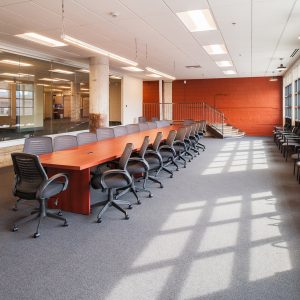 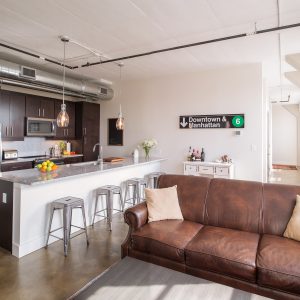 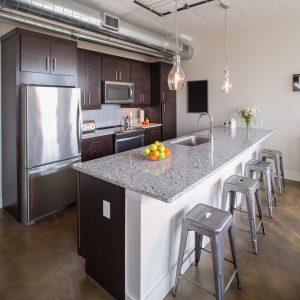 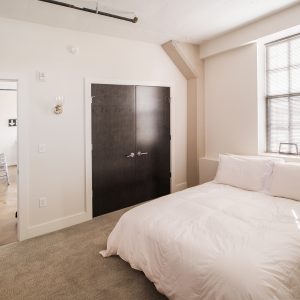 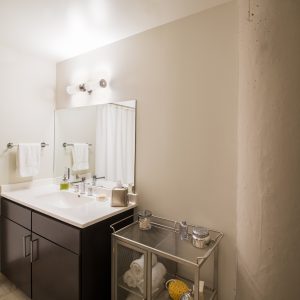 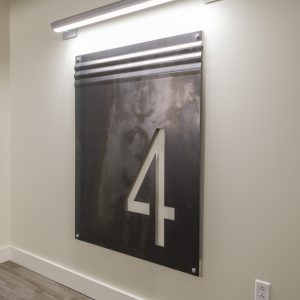 The C.G. Meaker Food Company warehouse was constructed in 1928. Its utilitarian interior consisted of a concrete floor structure and concrete mushroom columns. The roof included sawtooth north-facing clerestories. Unlike the interior, the building’s exterior was highly detailed in the Collegiate Gothic style, with extensive cast stone trimming its brick façade. The west elevation remained unfinished, a victim of the Great Depression. The building now houses 33 loft apartments on its upper floors and offices on the first floor. The original structure is expressed throughout. The apartments are a simple contemporary intervention, emphasizing the play of modern elements against the utilitarian concrete. The exterior was fully restored, as was the historic lobby. At the rear, the original rail platform was recreated to provide entry and exterior circulation. The project qualified for the Historic Preservation Tax Credit.