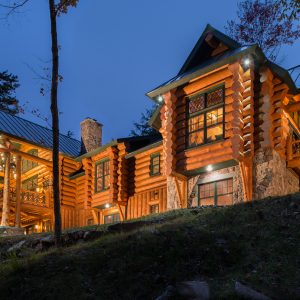 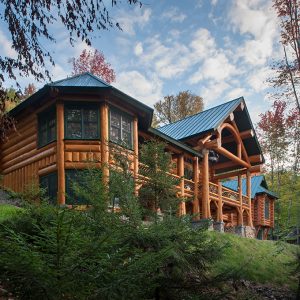 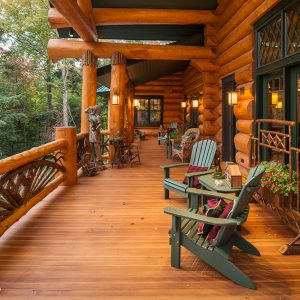 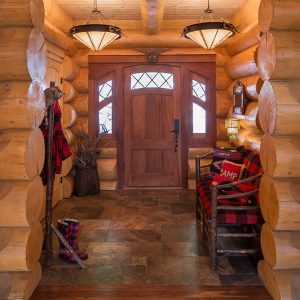 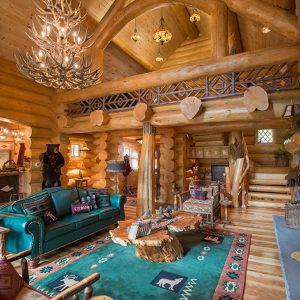 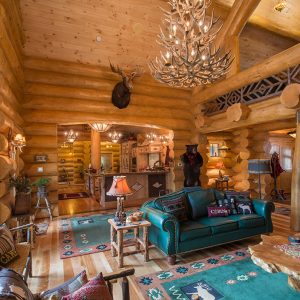 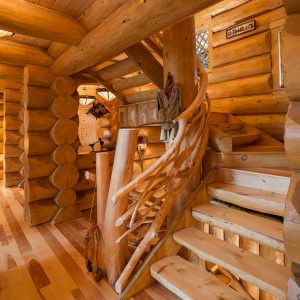 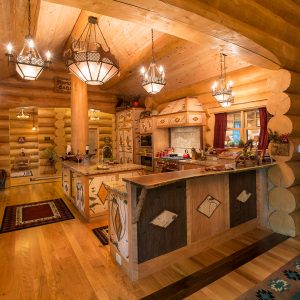 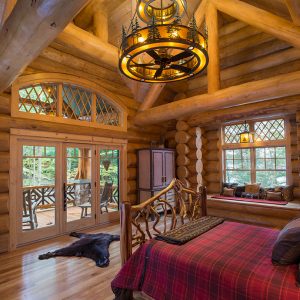 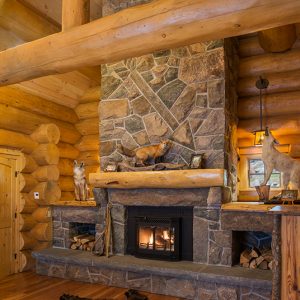 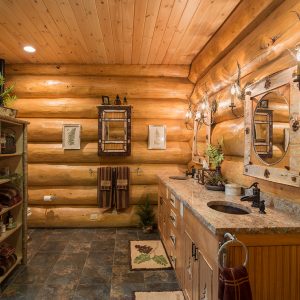 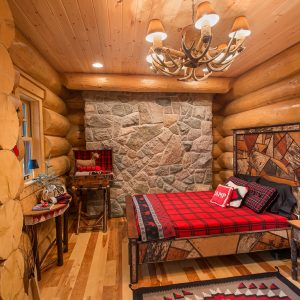 This custom Swedish scribed log home is perched on a hillside overlooking an Adirondack lake. Trees cleared from the site were sent to a sawmill and turned into flooring and cabinet boards. The bedrock that was removed for the driveway was resized by local artisans and used for the cladding of the piers, the lower level walls, and all of the fireplaces. At each of the chimneys, the mason built-in some unusual shapes, including a howling wolf, a large arrow, and a canoe. The top of the stair core was carved on-site into a 6-foot-tall standing, howling wolf. The cabinetry was built at a shop nearby, including kitchens, baths, bar and dining room table. The wall logs were harvested from standing dead Engelmann spruce, which minimized settlement shrinkage. The flair butts used for the posts and the decorative beams were harvested using Western red cedar, with diameters ranging up to 30”. Large scale logs were harvested and preassembled in British Columbia.